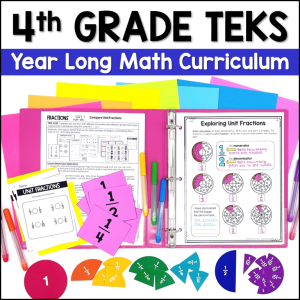 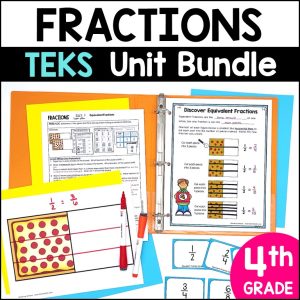 There are 2 levels of the game to make differentiation easy!

I have included one set with a color background and another blackline set if you prefer to print on colored cardstock.

This Comparing Fractions to 1/2 Game is included in my 4th Grade TEKS Fractions Unit and Bundle.

Benchmarking to 1/2 is a foundational skill for comparing fractions, and it is also a subskill for estimating sums and differences with fractions.

4.3(D) Compare two fractions with different numerators and different denominators and represent the comparison using the symbols >, <, or =

4.3(F) Evaluate the reasonableness of sums and differences of fractions using benchamark fractions 0, 1/4, 1/2, 3/4, and 1, referring to the same whole.

4.NF.A.2: Compare two fractions with different numerators and different denominators, e.g., by creating common denominators or numerators, or by comparing to a benchmark fraction such as 1/2. Recognize that comparisons are valid only when the two fractions refer to the same whole. Record the results of comparisons with symbols >, =, or <, and justify the conclusions, e.g., by using a visual fraction model.